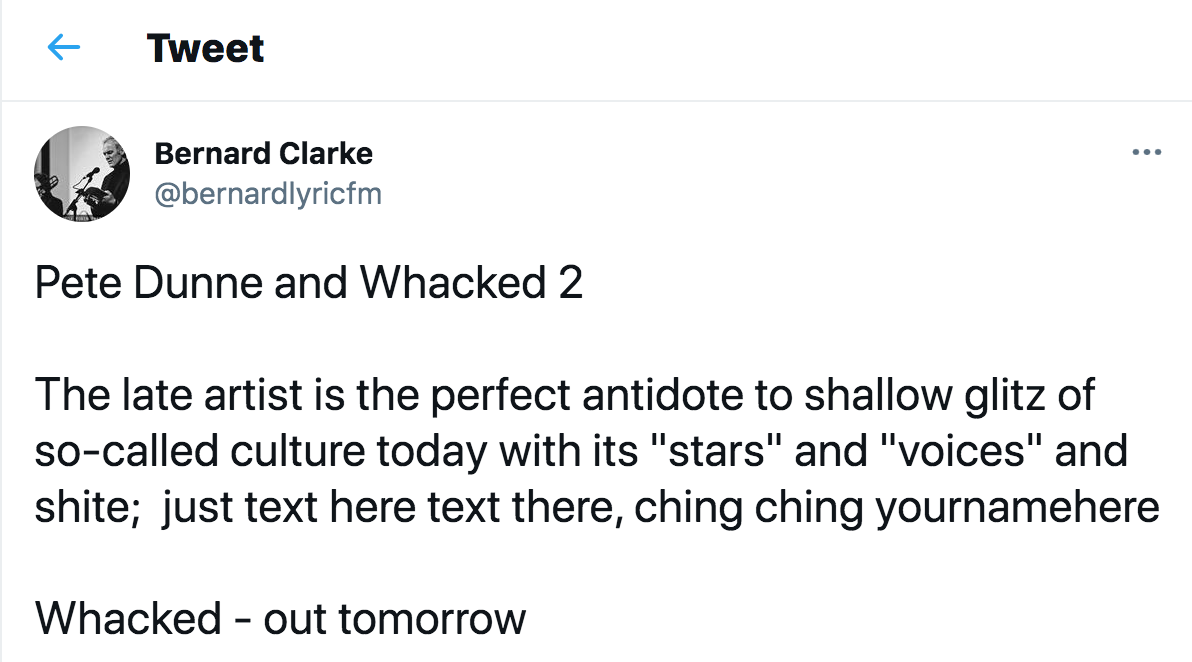 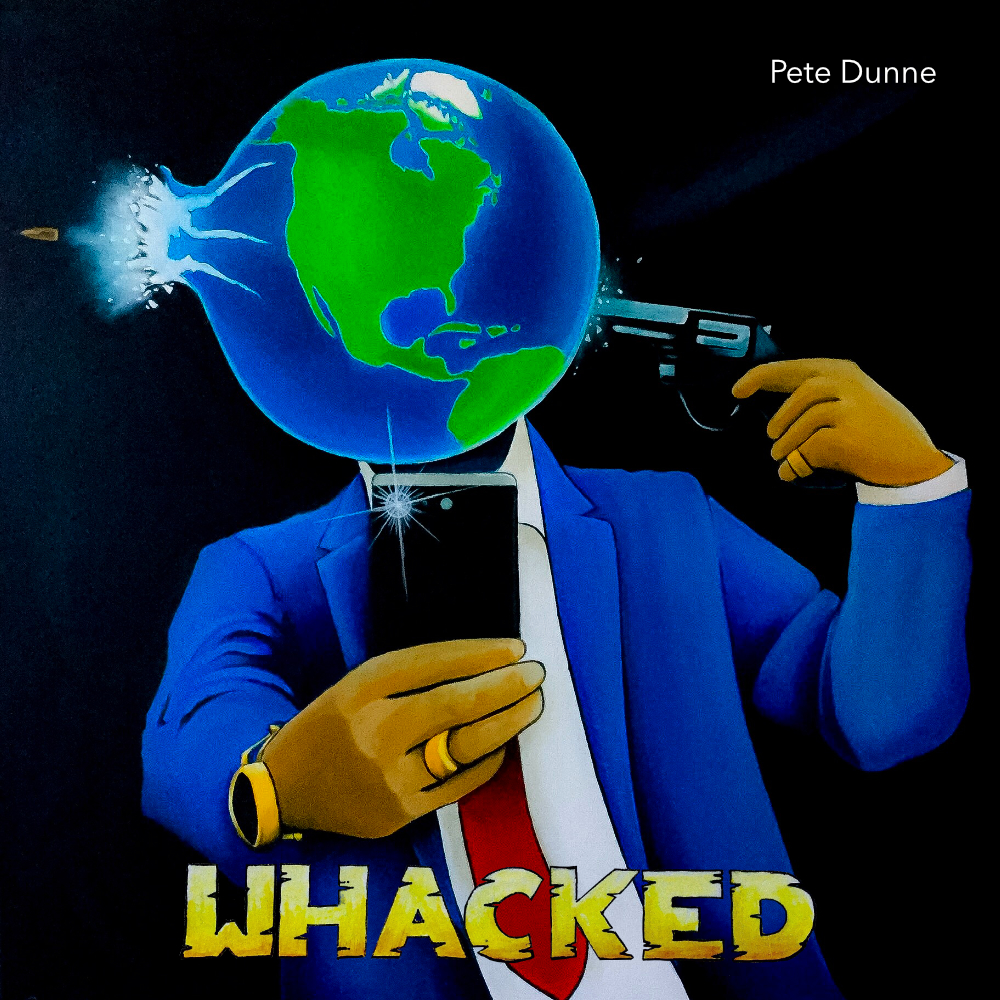 If you wish to purchase WHACKED Limited  Edition Vinyl, just click below!

Dublin born artist, Pete Dunne first found his artistic expression with stencils and spray cans in the early 70’s. He came to London in the sweltering summer of 76, and left for India one year later on the day that Elvis died, and just before the launch of the Voyager II space probe. He spent the best part of the the next decade as a mountain guide, trekking through the high Himalayas. Returning to London in the mid 80’s, he co-founded The 7 Kevins, which became the house band for the legendary warehouse parties hosted by the Mutoid Waste Company artist collective. When The 7 Kevins disbanded in ’94, Pete turned his focus solely to his artwork, leaving behind the spray cans and developing his unique social realist style working with more traditional mediums.

In response to the financial crisis, Pete staged an ‘Anti Greed Giveaway‘ in the city of London and Dublin in 2011. Highlighting greed through generosity, he gave away over 600 pieces of original work.

In 2017 he produced the iconic image – CLAMP DOWN in support of the NHS collaborating with brandalist, Dr D. Billboards and Bus stops were appropriated to coincide with the Save our NHS protest march.